HAIL BARCELONA FC, worthy football champions of Europe. It was worth losing sleep to catch the final where Man Utd was trying to defend its title after beating Chelsea in Moscow last year. After Eto scored the first goal, and seing how Puyol and mates played their hearts out, I couldn't see Ronaldo and his team getting back into the game. Messi showed no mercy to a United team that played with no real invention and flair. While Barcelona played smooth football, United was disjointed and didn't seem to be really hungry enough to fight for every ball. Barcelona showed class while United laboured. I was the last to leave the flat screen stadium. Despite being an Man U fan, I wasn't unhappy at Barcelona's win. They truly deserved the Cup. I now wait for Man U's game in the National Stadium in Bkt Jalil come July 18.
Posted by Ahmad A Talib at 5:05 AM 6 comments: 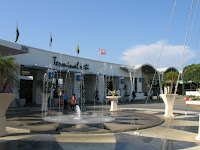 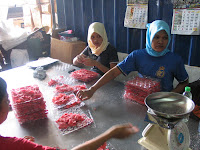 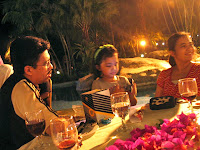 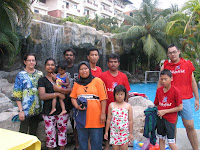 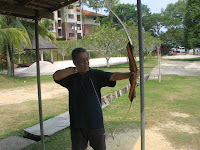 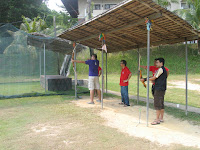 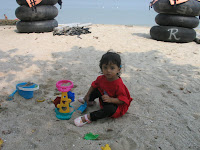 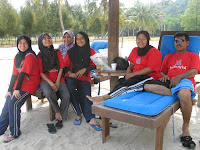 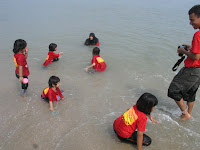 WHILE waiting for a couple of major assignments in the next few weeks, I decided to join the first family day for Yayasan Salam in Lumut over the weekend. It was indeed a very meaningful one for staff and their families. We all took a complete break from work and got together for a smashing weekend of fun and games. The staff worked very hard for this first-ever gathering. But I noticed that the Lumut Local Council could help tourists with better road signage to help tourists and visitors. For instance, if you had left the Swiss Garden Resort to join the main road, you'd come to a T-junction with no indication which route to take. Do you take the right turn to Lumut or the left to God-Knows-Where (Ipoh probably). I took a guess and turned right. Yup! I reached Lumut. I was lucky. Things like this should be looked into seriously. If I had taken the left turn I would probably have missed Lumut, or taken a longer route to the seaside town. Anywhere, for friends in Salam, here are some photographs taken from the family day outing.
Posted by Ahmad A Talib at 3:52 AM 12 comments: 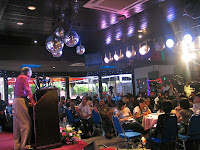 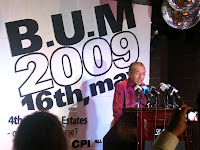 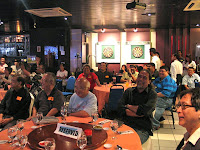 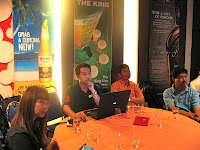 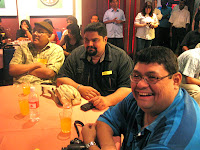 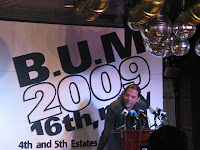 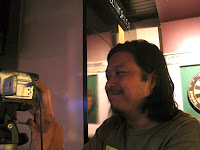 I CAUGHT the tail end of BUM '09 on Saturday. I saw quite a number of bloggers and journalists at the annual All-Blogs event. I wish I had attended the whole day's session. The theme put forward this year was - mainstream media and new media: Have they failed us? You can judge for yourself whether the new media have failed you. As for the mainstream media, I'd go a step back and ask this question - MSM: Have they failed themselves? Here are some pictures I took during my brief attendance there.
Posted by Ahmad A Talib at 12:11 AM 16 comments: 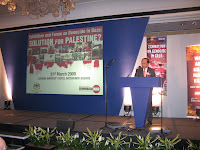 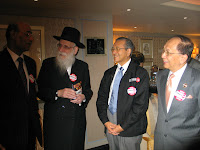 The two pictures show Rais addressing a London conference on Palestine in March and with Tun Dr Mahathir Mohamad and a Rabbi who disapproves of the Zionist Israel's attack on Gaza.
Posted by Ahmad A Talib at 10:33 AM 6 comments:

Zambry is Mandela is Gandhi...?

WORDS, how they tell! Yes-No-Yes Perak MB Datuk Dr Zambry Abdul Kadir made some references to Mahatma Gandhi and Nelson Mandela yesterday, it seemed. Apparently, he was referring to the struggle of these two great world leaders, and how he's probably used them as role models and examples of perseverance and determination. And for that, he was laughed at by his detractors. His critics were quick to put scorn on him, ridiculing him for even dare trying to compare himself with Gandhi and Mandela. I laughed too! In today's charged-up political environment, it looks like politicians have to be very careful as to whose names they utter to be used as examples of role models. We all know that Zambry is neither Gandhi or Mandela...but surely all politicians have, at some point or other, been inspired by these two icons and a score of others such as Kennedy, Churchil, Dr M, Anwar Ibrahim, Nik Aziz, Tan Chee Khoon, Seenivasagam Brothers...They can't all be wrong, can they?
Posted by Ahmad A Talib at 9:44 AM 7 comments: 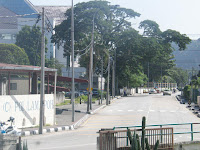 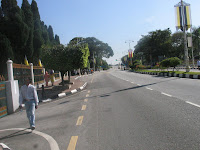 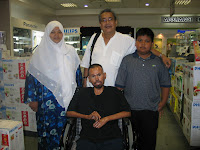