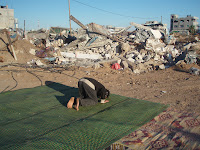 One night only, the show stealers... 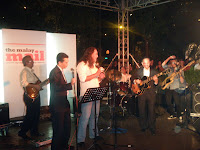 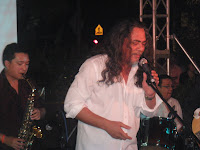 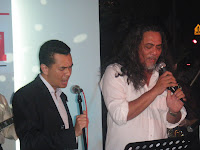 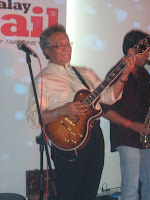 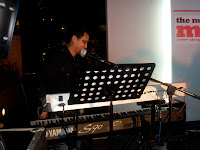 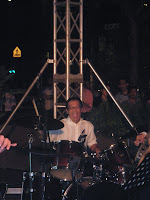 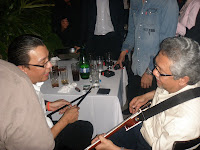 I SHOULD have brought my real camera! What a waste. Not that I take good pictures, but each of these guys have stories of their own. Look at the talent on this stage. Performing only one night, these guys are the show stealers at the relaunch of the Malay Mail, the paper that cares. I took these pictures using a small Olympus, forgetting that the night was going to be filled with Malay Mail supporters, friends and readers. It was held at La Bodega at the Bangsar Shopping Complex. It was good to catch up with familiar faces. Good Luck Rocky bro...
Posted by Ahmad A Talib at 2:01 AM 1 comment:

IN AN exclusive interview with Mingguan Malaysia today, former Finance Minister Tun Daim Zainuddin gave a general thumbs up to PM DS Najib's administration, saying that the people's confidence have returned to the Government. The one-page interview, among others, said the 1Malaysia concept has come at the correct time too. He was also asked on the KPI introduced by Najib, to which he said ministers should not be obsessed with their KPI but to serve the people well and effectively. When asked what are his hopes for Najib, Daim said he wished the PM would continue to bring positive changes in the administration in the interest of the people.
Posted by Ahmad A Talib at 12:21 PM 5 comments:

Bob Geldorf: i was refused entry into KL

THE audience would have stayed glued to their seats if Bob Geldorf, Sir Bob that is, had wanted to continue speaking. He had a bit more than an hour at the inaugural Youth Engagement Summit in Putrajaya. It was inspiring, to say the least. Others said it was awesome. I agree. Sir Bob is the benchmark where fund raising is concern, and the funds are not for the normal causes that we often hear. His commitment has changed mindsets the world over. Sir Bob has changed from charity fund-raising to something even more challenging - seeking political and economic justice. One of his famous quotes, which he repeated at the Summit yesterday, is: "We need finally to move from charity (Band Aid, Live Aid) to political and economic justice. Charity deals with the pain of poverty, the hunger, disease and conflict. But to finally end these things, one must focus not only on the symptoms of poverty but on its structures. Why does it exist? How does it exist? What can we do to stop it and its awful symptoms? That can only be addressed by political change."

Sir Bob related the story of how he was refused entry into Malaysia for some musical engagement many years ago. Today, his words inspire others to change for the better. Engage - that's the word he kept repeating. And give your undivided attention to the cause you serve once you've given your word. I walked away from his talk fulfilled. I know some young participants were disappointed for not being able to ask Sir Bob their burning questions, having lined up to make their point.
Posted by Ahmad A Talib at 10:41 PM 1 comment: 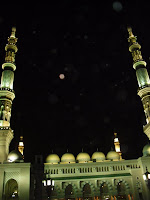 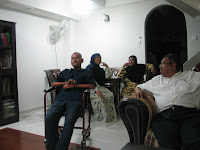 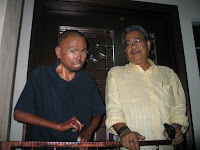 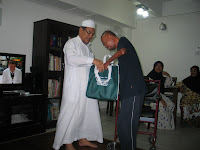 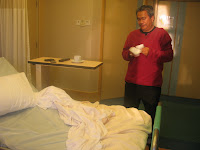 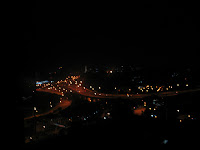 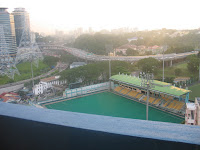 SALAM all! Alhamdulillah I'm up and about after spending one week in a hospital immediately after the Umno general assembly. I stayed in bed for two days after taking some cough and fever medications. But n the third day, my good family GP referred me to a nearby hospital where I was duly warded. It was a first time experience for me. The good doctors at the hospital gave me more medications for my fever and cough. Very soon I was on the mend. It was quite a week actually. My son was warded a day after me for a minor surgery. One of my younger brothers was also warded on the same day for observation after complaining of pain in his back. It was a family affair for a week for all of us, with nasi lemak breakfast for a couple of days. We were all discharged at the weekend but I was told to rest till I'm fully recovered. In the two weeks I was in sick bay, I missed DS Najib's maiden budget presentation in parliament; the criminalise war conference where I had earlier agreed to share my experience in Gaza (my apologies to the organisers) and several other meetings and engagements. But I did managed to lend a hand to Yayasan Salam volunteers on Friday at the end of their work camp. In the middle of the week, I lost a dear aunt who had been hiding her weak heart until it failed her six months after her pension. Life's like that. You win some, you lose some.I want to thank friends and colleagues who sent 'et well soon' text messages in the last two week or so. I appreciate it very much.
Posted by Ahmad A Talib at 12:29 AM 14 comments: