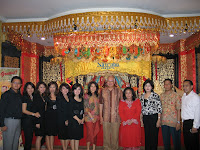 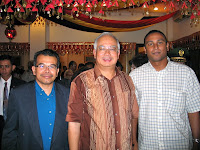 It's good to be back in Kuala Lumpur!

SALAM EVERYONE! I came back to KL on Saturday greeted by the demise of a former colleague, Razman Abdullah aka Rattan Singh, who served the New Straits Times group of newspapers in several capacities in the 80s and 90s. My condolence to his wife, Salmiah, and their children. May he rest in peace.I received many text messages from ex-colleagues informing of the death. If I was in KL earlier, I'd have paid my last respects to yet another loyal servant of journalism. Al-Fatihah.

There were other news that were interesting. Hopefully, I can blog about them in the next few days. The food in Jakarta was simply amazing, especially the nasi padang from several outlets. But there's nothing like some home-cooked asam pedas and sambal ikan bilis garing.
Posted by Ahmad A Talib at 2:23 AM 1 comment:

In Jakarta for a week

SALAM everyone! I'm in Jakarta for a few days attending a course for non-governmental organisations. The course offers various perspectives on international humanitarian law and policy. Very interesting! I get to learn about international conflicts and how individuals dealing with such issues are trained.
Posted by Ahmad A Talib at 3:10 PM 5 comments: 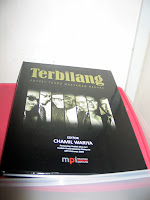 HAS DATUK SERI MOHD NAJIB TUN RAZAK, as our sixth Prime Minister, done the right thing with the Cabinet appointments he announced yesterday?

Najib's list offers an interesting combination of experience and youth, with enough steady hands and minds to guide the nation through the difficult period we are now in. Let's take a quick look at who's doing what and where.

As expected, Muhyiddin Yassin is now DPM, with the Education Ministry as his Cabinet base. I'm still getting calls and text messages as to why the Pagoh MP, who won a straight-fight for the deputy Umno president, is made Education Minister.

My guess is that Najib wants a fresh look at education, and a cool, capable head to steer educational issues away from unproductive polemics and come up with a stronger foundation for our childen's education.

There was speculation that Muhyiddin would be made Finance Minister, but Najib has kept that for himself for now. Muhyiddin will be assisted by a new face at the ministry, a Johor MP, Ahmad Puad Zarkashi, from Batu Pahat.

That these two Johoreans were among the most vocal of critics that eventually led to last week's transfer of power is not lost on many people. Would they remain vocal in the years ahead? We'll see.

Their exclusion wasn't totally unexpected. Azalina, for instance, have had a nightmare of a life in the past couple of months with her "battle" with enforcement authorities. Muhammad, meanwhile, have not been able to erase some bad memories from his days as a Menteri Besar on a holiday in Australia.

And giving the likes of Koh Tsu Koon, Anifah Aman and Kong Chong Ha a place in the line-up suggests that Najib places sufficient importance to having enough representation of BN component members in the ruling coalition.

Tsu Koon, defeated in last year's general election but made a Senator yesterday to enable him to join Najib's Cabinet, is now "head prefect" with the specific task of monitoring his colleagues performance once every six months.

For a former chief minister rejected by the electorate, Tsu Koon ought to be thankful that the PM has decided to give him a political lifeline. The Gerakan chief knows that he has only three years max to prove his worth.

The exclusion of Amirsham Aziz wasn't a surprise either. In fact, his appointment to the previous Cabinet was! Amirsham, a good banker no doubt, is probably best deployed as a technocrat elsewhere.

Remember Anifah Aman, who turned down a deputy minister post when offered last year? Well, this quiet Chinese-speaking MP from Sabah is now our new Foreign Minister. Articulate and thoughtful, Anifah should be able to dispense his duties well. He needs to work on his profile though, but this shouldn't be too much of a problem.

The dismantling of two ministries and regrouping them offers an interesting situation too. Peter Chin is now the Minister of Energy, Green Technology and Water responsible to look deeply into environmental-friendly technical know-how to power the nation.

I'm not sure if Peter Chin has the right credentials to do a decent job, but maybe it's still early days to pass any judgement.

Rais Yatim is the other minister given a far bigger ministry - that of Information, Communication, Culture and the Arts. Rais was Information Minister once and is no stranger to Angkasapuri operations. (Catch Rais' appearance on the BBC's Hardtalk on Monday and see how he gives as much as he takes on the half-hour talk show).

While on a radio talk show yesterday, I was asked for my opinion as to why Khairy Jamaluddin, the Ketua Pemuda, wasn't given a role in the new administration, while the man whom he defeated in the contest, Mukriz Mahathir, was made deputy minister.

I wouldn't really know but my guess is that Najib would rather have his Cabinet not be distracted by additional negative perception. As his detractors were quick to point out, the retention of Nazri Aziz, Noh Omar and Nor Mohamed Yakcop wouldn't add too good an image of the new line-up.

I must mention the appointments of Ahmad Zahid Hamidi as Defence Minister and Hishammuddin Hussein as Home Minister. These are key appointments and they offer Najib the comfort of knowing that two of his closest colleagues are also probably his most trusted allies in the Cabinet.

Mind you, Zahid was once his political secretary while Hishammuddin is his cousion. I'm not suggesting that Najib needs to have his flanks covered the way it is, but these two ex-Ketua Pemuda (in the same way that Najib once was) came out tops in last week's contest for vice presidential posts in Umno.

A few names were relieved that they are still Cabinet members. One person who need not worry at all was Mustapha Mohamed, the Jeli MP, who is now Minister for International Trade and Industry. A chorus of appoval greeted his appointment, a due recognition to the man who secured the highest vote for a supreme council post in Umno recently.

After the dust has settled in a few days time, I expect the new Cabinet to get down to some really serious work. I suggest some one should go back to Bukit Gantang and engage the voters who sided with Pakatan Rakyat in Tueday's by-election. 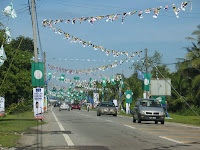 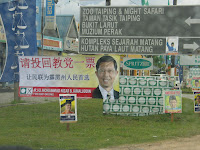 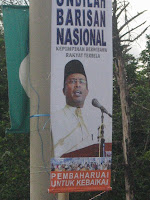 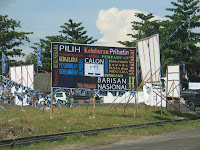 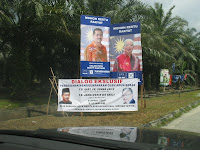 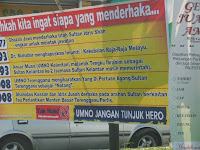 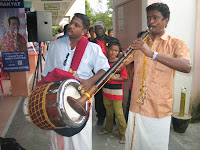 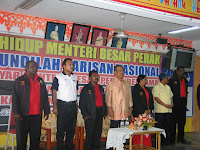 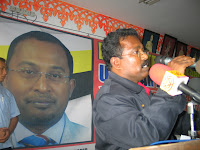 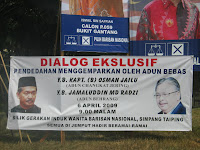 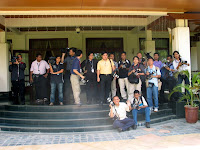 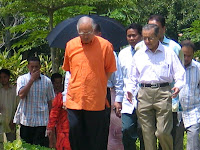 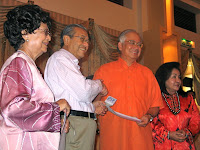 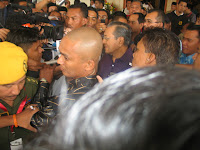 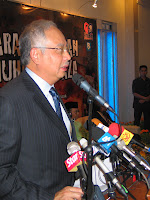